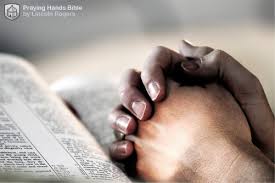 I was reading a great article on people and how they handle difficult situations and their struggles.
It went on to say that some people tended to show some similarities with buzzards, bats and bees when challenged.
The article said that if you put a buzzard in a pen six or eight feet square and left it entirely open at the top, the bird, in spite of his ability to fly, would be an absolute prisoner.
The reason is that a buzzard always begins a flight from the ground with a run of ten or twelve feet.
Without space to run, as is his habit, he will not even attempt to fly, but will remain a prisoner for life in a small jail with no top.
Then it talked about the ordinary bat that flies around at night, but how this remarkable nimble creature in the air, could not take off from a level place.
If it was placed on the floor or flat ground, all it could do was shuffle about helplessly and no doubt, painfully, until it reaches some slight elevation from which it can throw itself into the air.
Then, at once, it is able to take off like a flash.
The last one talked about the bumblebee and that if it  was dropped into an open tumbler would be there until it died, unless it was physically taken out.
It never sees the means of escape at the top, but persists in trying to find some way out through the sides or near the bottom.
The bumblebee  will seek a way where none exists, until it completely destroys itself.
I agree, some of us tend to forget that our answers are right there above us.