A lesson in gratitude at the traffic light. 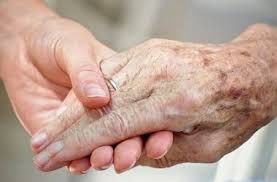 I don't know if I had ever mentioned that one of my older brothers was a Minister.
Edmundo or Mundo (slang Spanish term that could also mean "the earth" or "the world") as we called him growing is also a very talented musician.
I played valve trombone and trumpet as part of his musical group growing up.
He is someone who had a pretty tough life - most of his own making, early on in his youth.
I love my brother - or "Carnal" as we call each other.
It's also a slang word for brother, literally means "of the flesh" in Spanish.
He has unknowingly touched everyone of our family members lives.
Years ago my family either went through at times as willing and most of the tiime as unwilling participants of his many trials and tribulations.
It’s a miracle that he is alive today and even more so that he can share his testimony and minister to others.
I heard him say once that "Every person we meet is created and loved by God and we should also love and care for one another."
I was making an unexpected trip out in this blizzard of 2011 we're experiencing.
Typically there should have been more traffic but due to the perilous driving conditions there weren't that many folks crazy enough to be on the road.
Still it took more than twenty minutes to drive the mile and a half from my home over to a convenience store.
The few people that out seemed impatient and in a hurry to get where ever they were going and out of the cold.
As I pulled up to the light there was a shabbily dressed figure.
Layers and layers of clothes didn't allow me to identify it's gender.
Surely it had to be a man I thought to myself.
All of the sudden the figure moved to where I was patiently waiting for my car's heater to kick in.

The stop light seemed to be taking a long time.
It was an older Mexican woman.
She had a small cardboard sign and was asking for money.
As she came near, I made eye contact with her and I smiled.
She looked back at me, smiled with a toothless grin and nodded her head.
She then walked towards me and motioned for me to roll down my window.
She said, "I have been standing on this corner a long time and you are the first person I have seen smile.
I just wanted to thank you for smiling at me.
"You made me feel like I existed," she said quietly.
I gave her all the change I had in my console and asked if she needed a ride.
She said she didn't have anywhere to go at the moment… and thanked me again.
The she said, "May God give you more so you can give others more."
If you knew my Mother that was one of her favorite lines.
With tears in my eyes I got my wallet and handed her the only currency I was carrying - a twenty dollar bill.
I said, "I found more money." I said jokingly.

She laughed and said, "See God is already giving you more."
I then thanked her for reminding me to share more of what I have.
When we allow ourselves to identify with others - in this case a perfect stranger, we are sharing and giving of ourselves.
We also share the unconditional love that is in our hearts.
Give - Love - Grow.