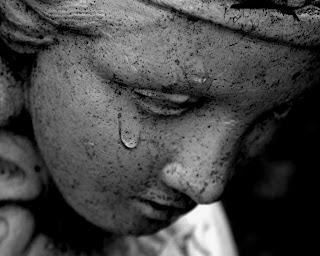 Another sad chapter is written in our family's book.
Another young businessman, is taken.
Our cousin Arturo was robbed and murdered soon after he had left

the bank in Cd. Juárez yesterday.
The investigation is leading to an inside job.
He had always been extremely careful about his monetary transactions.
You can never be too safe.. he tried.
If I was to measure his value as a man...
I would have to remember how he lived his life,
his actions,
his words,
feelings,
thoughts,
and unfailing generous heart,
whose one main desire and wish was to one day see his beloved city

return to normalcy.
He was as noble as his self-worth.
A rare individual who never had anything negative to say about anyone.
Nor say anything that he had to apologize for.
Kind, generous and loving.
Memories of Arturo will live in our hearts forever.
Alone on the Chihuahuan pavement he had stood.
Like a young fragile weed peering out through the pavement cracks.
Suffocating from the searing air of despair all too abundant in Juarez these days.
Still Arturo thirsted for Hope, and for the precious gift of Life.
Patiently awaiting his day of redemption.


Wake up! I'm here!
I have brought you Salvation and Joy!
But the young weed, had trouble hearing and could not reach for his gifts,
He laid too deep, wilted on the searing pavement.
Very still he remained.
You will never be alone!
He had returned once again and called his name.
To the very spot of crimson where he laid.
Loud prayers could be heard - Aleluyah!


And a new pair of wings,

and as he streched out his arms he earned what was his.
Faith and Joy had been offered to the most worthy of all.
Eternal rest calling his name.