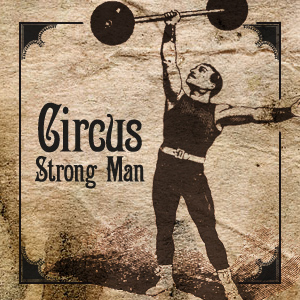 My Father admired and respected the town Judge.

I remember looking at old Don Damacio who was about 5'6 and about 130lbs. soaking wet.. and wondering, "My Father sure is not good at sizing someone up."

My Father had to explain that by his calling the judge a BIG man, he wasn't saying that the old Judge was BIG, in the stature type of big.

He talked about how "BIG" people, were given that respect due to the way they carried themselves and how they respected others.

How "BIG" people like Don Damacio, came to be seen that way because above everything else, they were always thoughtful, considerate, kind and generous.

Not just to some people and at special occasions, or under only some circumstances, but to everyone - all the time.
My Father was also quite respected and everyone in the village called him "Don Tomas," which is an honorary title of respect and used by Spanish speaking people to address people of distinction.

He said that it was easy to be "BIG" when everyone was watching.

That real character emerged in the way one lived their daily lives and met their everyday obligations.

He spoke of always acting in a way that one's consequences brought pride, and respect to one's family, and on a larger scale to one's company and country.
My Father also taught me to always maintain and act with integrity.
He would say that we all had "legacies" in the making.

That we all needed to be cognizant of working and living in a way that would obligate us in improving the quality of the society we were a part of.
He would remind us that our work began and would one day end when we had contributed all we could to making the world around us a better place.
At times my Father's respect for others could have been confused with weakness.

Yet anyone that happened to fall into that category would soon find that there was no one as quietly centered, competitive and driven as my Father.
He believed that there we could compete and win against anyone, if we played with 100% "corazón" y "pación," or heart and passion.

He made sure to ensure to instill in his family to work hard, with a compassionate heart and inner drive.

I loved my Father, and the life lessons he instilled in me at a young age are what drives the way I have led and managed, everyone I have been responsible for throughout my life.

By the way - my Father, Don Tomás developed the first wind mill operated irrigation system, and thereby growing the finest pecans in Sonora.

the first ever in the high sierras of Sonora.
Think BIG!   Be BIG!
Make it a gran dia!
Email Post