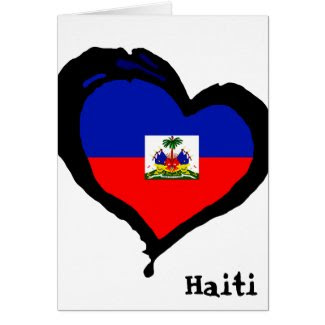 Last Tuesday January 12th at 4:53 p.m. CST a catastrophe of biblical
proportions struck Haiti.
The earthquake’s epicenter was just 10 miles from Port-au-Prince,
its capital and home to a sixth of their population of 10 million.
The enormous loss of life is estimated to make this the worst natural disaster

of its kind in the Western Hemisphere.

Gone in an instant were their cathedrals and churches, clinics and hospitals,

their schools, many business as well as government and non profit buildings.

and police headquarters were reduced to rubble as well.

the incredible amount of destruction, their makeshift clinics,

encampments and tent cities that sprung up everywhere.

the rubble waiting for the rescue that would come too late.

for water, for food and basic humanitarian assistance.

and water than returning to their damaged homes or encampments with food,

guard over their meager belongings.

Years of tragedy have forged Haiti's national character – whose strength,

personal drive, and dogged determination comes from their history.

Haiti continues to survive and rely on their faith, fortitude and self-reliance

born of years of war, hunger, political corruption and a series of natural disasters.

their own hands; providing their own security in the make shift camps,

bartering and rationing what little they have to survive.

Those few lucky enough to have work heading for the marketplace each morning.

Others were helping search and remove and clear the tons of rubble that remain.

Tonight thousands of Haitians; including their president René Préval will

have nowhere to sleep, but sleep they must and they will get up tomorrow

to begin a new day and a new week… and continue writing the stories of loss,

and the triumph of the human spirit.

of the rubble, they need us!

We must not just restore Haiti, but assist it in becoming the strong,

secure nation its people have always desired and deserve.

Let’s answer their call and help them rebuild.

Together I am confident that we will.