Are you pulling your weight today? 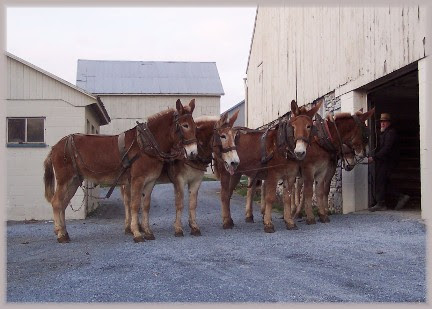 Growing up we had to work as a team to get just about everything we
needed to get done around our house.
Most of it had to do with manual labor.
Often we’d forget that if we failed to work as a team, we'd end up having to work
harder and probably longer than necessary.
On one occasion we were trying to repair an irrigating canal that originated

- giving life to our apple and pecan trees.

My brothers and I kept arguing as to how to line up, who would pass

the rocks over to whom, the line up, even how fast to heave the rocks to one

another or how big a rock to use.

More importantly no one wanted to be the one to dig them out of the creek bed.

saw we weren't making progress came over to where we were.

This is when she told us about Don Arnoldo, the old rancher that lived at the

edge of our village.

One day a man who was selling pots and pans came through Bacerac.

of town and ended up in a ditch.

In his truck went...  with mud, pots and pans flying everywhere.

Even though he was not injured, his truck and all of his pots and pans were stuck

deep in the mud.

Fortunately, there was old Don Arnoldo’s house nearby, so the man walked towards

"Panchita”, Don Arnold said proudly… “she can pull your truck from that ditch,"

as he pointed towards his old brown Mule which was in the field grazing.

The pots and pans salesman looked towards the old skinny brown Mule,

and then looked back at the old farmer in disbelief.

Don Arnoldo who was old and deaf kept repeating himself,

"Yes, my dear Panchita can certainly pull your truck out of there."

he realized he had nothing to lose.

So the two men walked over to Panchita and put a harness on her.

Together the three walked over towards the truck.

There it was almost on its side, half buried in mud in the big ditch.

Several pots and pans were scattered all over to the ground.

Some were stuck with only the handles sticking out of the mud.

right into the muddy ditch to hook Panchita’s harness to the truck.

He then walked back out and went over to Panchita and with a click of the reins,

And lo and behold the old Mule started to tug and pull...

and inch by inch she began to pull the truck right through the mud,

and out of the ditch.

He couldn't stop thanking the old farmer and then he quickly went over,

and gave a tender hug on Panchita's neck.

He then asked Don Arnoldo, "Why were you shouting all those names

The farmer smiled and said, "Well Panchita is a little blind just like me,

"But as long as she feels as if she is a part of a team, she doesn’t care that

she has to pull her weight."

finished and on our way back to the house for some homemade caldo de res.

Make sure you're pulling your weight today!


Go to HOPEforHAITInow.org or text GIVE to 50555 or you can also
text HAITI to 90999 if you haven't already and $10.00 will be charged to your
phone bill with your donation going to the Red Cross.
Email Post