That which doesn’t kill us makes us stronger.. 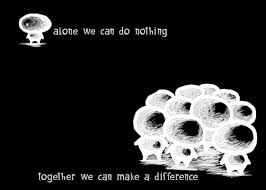 I called an old army friend, he is a retired Army General living in New Orleans.

We call each other almost weekly and share a lot of memories.

He and his wife adopted me (not literally) when we worked together overseas back in 1982.

We had a long conversation on current military engagements around the world and then our conversation turned to American politics.
We began discussing just how close we had come to a government shutdown.
Although he is retired and on a fixed income he shared with me that he was not worried about the consequences of the government shutting down.
He made some comments that I thought I'd share...
"We elect people that we believe have our best interests in mind or so we think," he said quietly.
"Yet too many of these politicians go to Washington with their own agendas."
"They forget who elected them, they forget what's important... that they need to be useful in this old world."
"They need to hit a lick against what's wrong, to stand for what's right, even though they might get walloped for taking a stand."
Then he said, do you remember Nietzche's quote?
I did, he wrote, "That which doesn’t kill us makes us stronger."
He went on to say, "The governments threat of a shut down should get us all thinking about increasing our resilience."
"About increasing our doing all we can to be optimistic and quit being pessimistic."
"We all have to make this work - we can't depend on our government to go at it alone!"
"It should cause us to realize that all predicaments have a solution."
I had to agree that most challenging times are all temporary.
We can all do more to make things better around us.
We should also under go a mental fitness regiment.
Recognizing negative thoughts and how they are out of proportion to the reality of the situation’s direness.
Steven got me thinking... I've always told my men in the military - to be positive. That they could do much more than they gave themselves credit for.
They had to believe in themselves.
I also made them find opportunities to amplify positive emotions and thoughts.
A Government shutdown would have been hard on a lot of us... yet it would have forced us work harder to maintain, build or fortify relationships.
All relationships - familial and business ones.
Now more than ever, we need to hold each other up with constructive support.
Using this potential opportunity or lesson, we need to work to strengthen personal, work life and community relationships.
After all it is all about how we weather life’s difficulties.
What strengths would you have leveraged if we had faced this situation?

Would you have been ready?

Mentally, physically or financially?
Be OPTIMISTIC - BE STRONG!
Make it a great dia!
Email Post