Was this man a FAILURE? 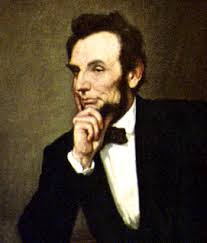 I was reading an article written by Tom Watrson Sr.

He said, "Failure is the highway to success. If you want to succeed, double your failure rate."
He said that if one studied history, you would find that most stories of success were also stories of great failures.
He said that most people don't see the failures.
They only saw one side and they assumed that person got lucky.
You've heard the old refrain, "He must have been at the right place at the right time."
I have to share the life history of someone I have long admired with you.

This is the story of a man who failed in business at the early age of 21.

He was defeated in his first legislative race at age 22.

Then failed for the second time in business at age 24.

Overcame the death of his sweetheart at age 26.

Suffered a nervous breakdown and was hosptialized for several months at age 27.

He went on to lose a congressional race at age 34.

Lost a senatorial race at age 45.

Failed in an effort to become vice-president at age 47.

Lost a senatorial race at age 49 but went on to be elected president of the United States at age 52.

This supposed failure was our very own Abraham Lincoln.

I would not call him a failure.

He could have quit - when he faced all these points of failure in his life.

But to Lincoln, defeat was only a detour and never a dead end.

Try and see all failures as opportunities and as detours to try harder and succeed.