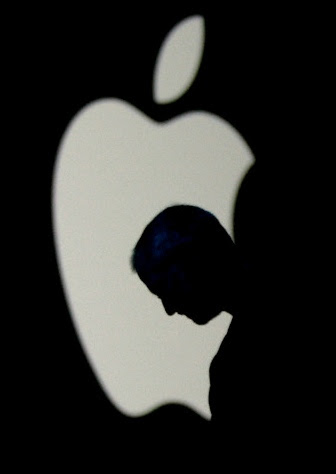 I woke up to hear about Steve Job's passing.
Apple cofounder Steve Jobs finally succumbed to cancer early this morning
at the age of 56.
Leaving behind a legacy that forever changed the computer, music,
film and wireless industries.
Some of his background which I had never read about was that
Steven Paul Jobs was born on February 24, 1955, to Joanne Simpson
and Abdulfattah "John" Jandali.
They were two University of Wisconsin graduate students who gave
their unnamed son up for adoption.
His father, Abdulfattah Jandali, was a Syrian political science professor
and his mother, Joanne Simpson, worked as a speech therapist.
As an infant Steven was adopted by Clara and Paul Jobs and named
Steven Paul Jobs.
Clara worked as an accountant and Paul was a Coast Guard veteran
and machinist.
As a little boy, Jobs and his father would work on electronics in the family
garage in their Mountain View California home.
Paul would show his son how to take apart and reconstruct electronics,
a hobby which instilled the confidence, tenacity, and mechanical prowess
that would pay off years later.
While still in high school he spent his free time at Hewlett-Packard.
It was there that he came to befriend computer club guru Steve Wozniak.
After high school, Jobs enrolled at an expensive liberal arts college,
Reed College in Portland, Oregon.
Dropping out after six months.
In 1974, Jobs took a position as a video game designer with Atari.
Several months later he left Atari to find spiritual enlightenment in India,
traveling the continent and experimenting with psychedelic drugs.
In 1976, when Jobs was just 21, he and Wozniak started Apple Computers.
The duo started in the Jobs family garage, and funded their entrepreneurial
venture after Jobs sold his Volkswagen bus and Wozniak sold his
beloved scientific calculator.
The rest is like they say history… a man who raised the genius bar to
a whole new level.
I never thought I would miss someone I have never met.
I still have my first 20g I-pod.
The devices he created allow all of us ease and convenience,
but more importantly an empowerment of knowledge at our finger tips.
Steven Spielberg said, "Steve Jobs was the greatest inventor since
Thomas Edison. He put the world at our fingertips."
I-phone, I-pad, I-Touch, I-pad and ICON.
He will be missed.
In October of 2003, Jobs discovered he had a neuroendocrine tumor,
a rare but operable form of pancreatic cancer.
A very private man he only spoke a few times about his illness and or dying.
A year later at a Stanford commencement speech he said, "No one wants to die.
Even the ones that want to go to heaven don't want to die to get there and yet
death is the destination we all share.
No one has ever escaped it."
Though Jobs may not have been a devout practitioner of Buddhism,
his personal and corporate vision certainly struck a tone
of "wisdom and compassion."
I liked one of his quotes that said, "Don't let the noise of other's opinions
drown out your own inner voice."  What great advice.
My other favorite one was,
"Stay hungry - Stay foolish."
Hasta pronto, Steve.
Email Post