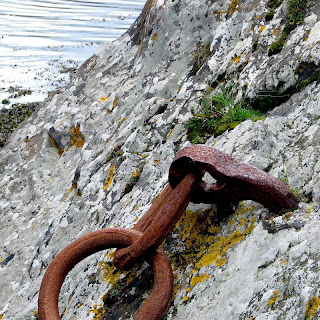 We all have been hurt, whether unintentionally or by someone's premeditated intent.
I have never quite understood why people would choose to act that way to another,
whether it was to a friend, acquaintance or strangers.
I believe in second chances, and giving other's the benefit of the doubt.
I can't fathom anyone having this in their individual DNA and purposely
acting this way towards another.
A few years ago I read that the English word "unkind" actually meant
"to act in a way that is unlike one's true nature."
I have seen it used in spiteful, inconsiderate, thoughtless

and calculatedly ways.
Having been raised in a family where kindness was a prerequisite
to carrying our family's proud name.
No we weren't the perfect family - far from it.
Our actions were embedded in our family reputation,
and reinforced by knowing that our acts of kindness,
no matter the size created good, and made us feel good doing it.
We all knew, actually the entire village knew who those people were.
The "unkind villagers", who my Viejita would ask us to say extra prayer for.
She would remind us that that we needed to go out of our way to be
extra kind to, be helpful and smile more at.
Problem was that these people were so miserable that when we did
they would come and complain about how we were out to disrespect

and take all opportunites of making fun of them?
How tragic, to think that their deeply miserable shell would not allow
a child's smile to break through.
So our number one rule was that if we ever ran into them, we must never
be fearful of them, and or stop trying to change their unkind disposition.
Sadly when they died and I was around to attend at least two of the funerals,
they died lonely, and alone.
Very few villagers showed up to their church service,
fewer attended their funerals and or joined in the solemn praying
of the nine consecutive days of the Catholic novenas.
Typically these nine consecutive days of prayer take place in the house
of the deceased or a loved one's home.

It was a long standing Catholic tradition in our village, where the deceased's surviving
family and friends gathered to pray for nine consecutive evenings.
Those 9 consecutive days were days of mourning and to solicit God's
favor that the deceased could finally rest in peace.
Have you ever faced a similar dilemma?
Pray for people like the one's I've mentioned?

Praying for their personal enlightenment?
Hoping that somehow no matter the perceived wrong and weight could be lifted?
It could very well be that you never see this type of supplication answered.
But prayers remind us of our own actions, and our need to be and showing

consideration and kindness to others everyday.
Kindness in every sense of the word.
Maybe one day your prayers will be transformational.
Hopefully one day the person that is carrying this load can be released
of the mooring that they have anchored or locked themselves to.
Only they have the key and power to redeem the time already lost.
And only then will they be able to move on, to overcome the entire situation,
past, present and future.
Today I continue to keep whomever may be in this situation in my prayers,
that one day everyone that is anchored to the wrong moor...

will one day wake up released from self imposed locks,
and be completely free to continue to sail.
May today be one of inner balance and a day filled with peace and energy.
Make it a prayer filled freedom día.
Email Post