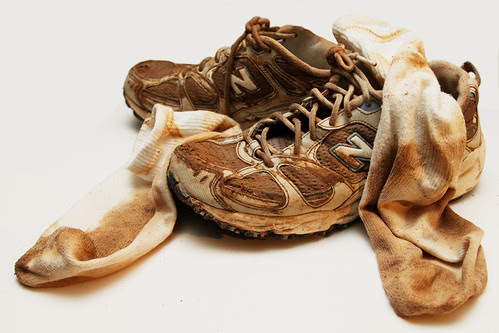 of the soul on his own two soles?

for a friend with stage IV cancer.

a commercial and stopping on CNN where they had a special on a saint.

The documentary featured Mother Theodore and outlined the process

of becoming a saint in the Roman Catholic Church.

One of Mother Theodore’s quotes at her shrine read,

“What have we to do in order to become saints? Nothing extraordinary,

nothing more than we do every day. Only do it for the love of God.”

The remains of St. Mother Theodore Guerin are on the grounds

of St. Mary-of-the-Woods near Terre Haute about 70 miles

from where he lived.

He purposely didn’t bring much money, only an extra pair of socks,

a clean t-shirt and a backpack.

to Greencastle, where he spent most of the night searching for a place to sleep.

He ended up resting on a park bench at the Greencastle's square.

Domini next went to the DePauw University union building, where he slept

on a couch for a few hours but then was asked to leave.

The very next morning he set out for Terre Haute, and had walked for several

long hours before accepting a ride part of the way from a couple.

He said that his feet had many blisters and were very sore at this point.

The couple dropped Domini off at the outskirts of Terre Haute.

Once he arrived in Terre Haute, he continued walking the several miles

to the altar where St. Mother Theodore Guerin’s remains are kept.

Once there, he prayed for his elderly friend who has pancreatic cancer.

“The world wouldn’t be the same place without him,” Domini said when interviewd

that Thursday morning at St. Mary-of-the-Woods.

“He’s just one of those people who gives and cares, with nothing expected.”

He then added, “I don’t fall into a religious box, but I do have a spiritual search

for some kind of higher meaning.”

Although the young man could have driven to St. Mary-of-the-Woods,

where the Mother Theodore shrine is located, he decided to walk

because he wanted it to be a sort of sacrifice.

Not just some three hour round trip.

While he was at the alter he was approached by Sister Jan Craven,

the coordinator of Mother Theodore’s shrine.

She came up to Andrew and he shared why he  had come there.

The two prayed together.

She also took him to the Blessed Sacrament Chapel located next to the church.

Late that evening Sister Craven offered to put him up for the night in Owens Hall,

where about three dozen Sisters of Providence live.

He ended up staying in a visitors’ wing, where his new found thirty plus

“grandmothers” doting on him, and even providing him with Epsom salts

to soak his sore feet.

offered to give him a ride back home.

I really enjoyed reading about this 70 mile journey of faith.

We all have heard that Faith needs action.

I hope that this story inspires you to also take action, on your behalf