I choose to appreciate more. 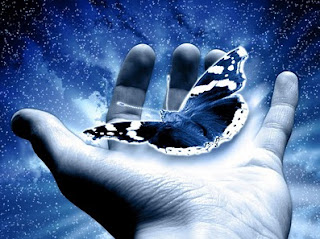 I enjoy people. No I take that back I love people!

because I really enjoy hearing their personal stories.

I was rushing home last week.

It had been a long day and wanted to just get home,

get comfortable, ice my neck and relax.

Driving home I decided that I needed to stop at Fiesta Mart,

and pick up a few items.

The usual milk, tortillas and a jar of strawberry jam and one of crunchy peanut butter.

As I made my way through the huge grocery store,

I came across an elderly lady who was walking with a cane,

Pulling at her sweater directly behind her was an even younger

as the three made their way down the aisle.

I couldn't help but listen to her telling the little boy to quit tugging on her sweater.

do it to me when he was a little boy.

As I walked behind them, the little ones kept pointing at different items

and telling her how much they needed this item or that one...

and how they could use them at home.

The elderly lady was a petite, grey haired woman with her hair neatly tucked away in a

bun inside her hair net.

She carried herself proudly, with a big smile, and an even brighter attitude.

No my little ones, not today... as she kept reciting her memorized list

of the things that she had come to the store to buy.

At one point I heard the little boy say in Spanish, "Buelita (Grandma), you're right!"

"The last time you bought so many bags that it took us a long, long time

I went on my way and after going through several isles, (I was not familiar with the lay out)

I made my way up at the counter.

There at the next check-out counter the three were.

We waved at each other and smiled.

Sure enough the little boy was still tugging at her sweater.

The little girl now was helping carry one of the bags, while the Abuelita took

I could see that she was struggling to get both pastic bags onto her arm,

and gain the right balance on the cane, with the other.

I paid for my few items and walked by them and said "Adios!"

I then asked the lady if I could help get the groceries to her car.

The lady gave out a big laugh and smiling said, "If there is a car out there then

I have saved a lot of gasoline taking the bus all these years, mijo

(it is a Spanish term of endearment for son)."

A bit embarrassed, I wasn't sure what to say so the next thing I offerred was,

"Well then at least let me give you three a ride home?"

The lady smiled and said, "I don't ever take rides from strangers,

especially anyone younger then me."

So they took me up on my offer.

They said that they usually walked about two blocks to the bus stop,

and then waited for the next one and rode it home.

Her name was Luz Elena but her amigos called Lucita.

Betito was in first grade and Susana in third.

I learned that she was helping raise them and that they were her grandchildren.

From feeding them, and picking them up at school each day to preparing

them for the next day.

Lucita was at 64, a widow, whose daughter I found out currently worked

two jobs to help support the four of them.

The children's father had walked away a couple of years before,

and she related to me how much they had struggled.

It had been through a lot of sacrifice, work and everyone pulling together

that they had somehow made it that year.

She said she sewed and had been a pretty good seamstress years ago,

and still did a few jobs out of her apartment.

She also said that she made delicious homemade tamales, which she sold

a couple of times a month in front of the neighborhood gas station.

to make some for me soon.

But she said that with Faith and everyone helping out things were now great!

into a bigger apartment, finally she said, "Two bedrooms and my own TV

As I drove we talked about Mexico, and life in her village, her family she had left

behind, but also about the gentler pace, and lack of stress and buses she winked.

We laughed at the comments the kids kept making, often to interrupt her,

and add to her story and our conversation.

just to go on their grocery shopping adventure.

Here I was just a few minutes earlier, stressing about my day,

the crazy delays on the highway, and thinking about all of the responsibilities

I had, when this elderly woman with a heart of gold had more on her plate

than I could comprehend!

to put relevance in mine.

I've been blessed you can say.

and to truly appreciate every responsibility that may come with it.

We all have choices, most of us even have a say in how much gets

piled on our plates.

This loving Grandma doesn’t get any say.

Many of us take their everyday life for granted.

I often hear people complaining, and all they have to do and about their responsibilites,

tasks and even their jobs.

I have heard "I find my job or my life is boring" or "I have too much stress in my life."

At the end of the day we all have choices.

We all are choosing to work where we do.

How much effort we need or must put forth to accomplish

what it is we're choosing to do.

A majority of the things we do in life is our choice.

everything we do in life is a choice.

If we could instead of taking time to complain,

what if we took a moment to appreciate!

We all have something that we are grateful for.

Not that venting isn't healthy or often necessary.

But the next time you are feeling bored, upset about something

more trivial than what we're making it out to be…

Appreciate all that you have, because there will always be someone

out there more stressed out, more overwhelmed,

and with less choices with life than you have.